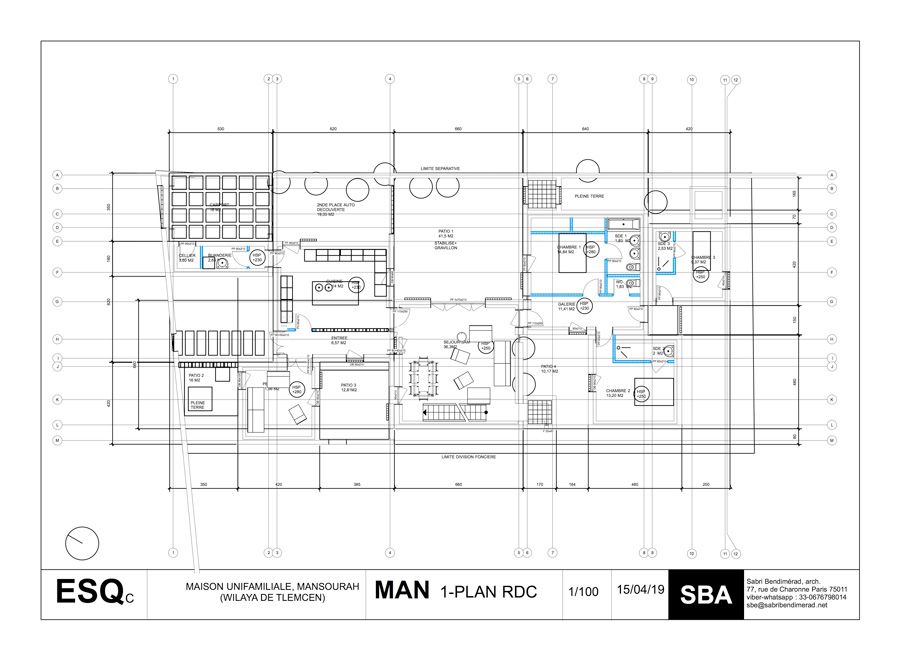 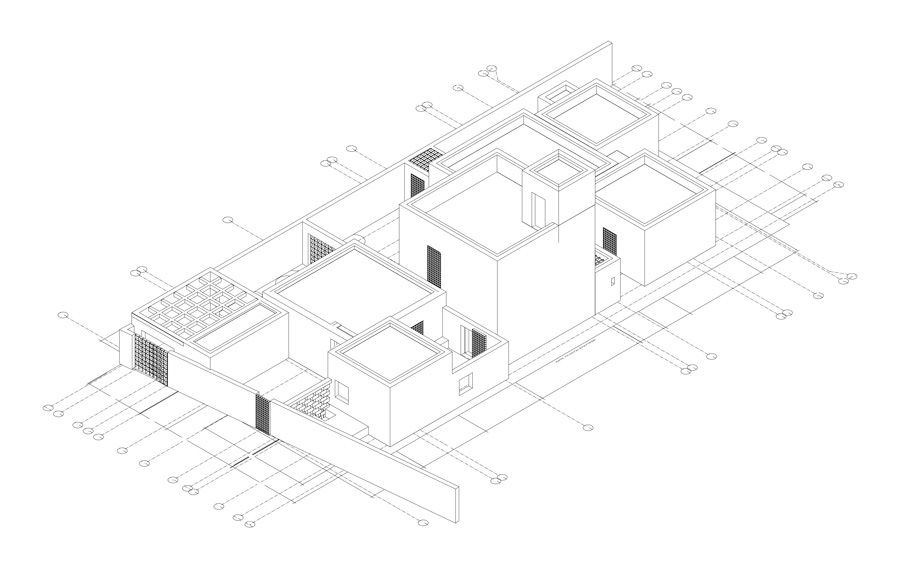 🇬🇧 Located in the suburbs of Tlemcen (Algeria), the district of Mansourah is famous for the ruins of its fortified wall and its minaret dating from the 13th century. An uninhabited colonial house occupies a plot of 2600m2, staged by a path of palm trees.
The project proposes the creation of three new mud houses along the party walls sharing a common garden.
The design principle of the houses is based on the distribution of open and closed rooms, and the fragmentation of volumes corresponding to different domestic spaces.
Common areas are laid out in the basement of the existing house.
This principle allows a great freedom of evolution and adaptation to the programs requested by the future purchasers 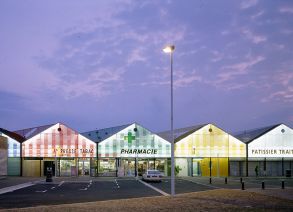